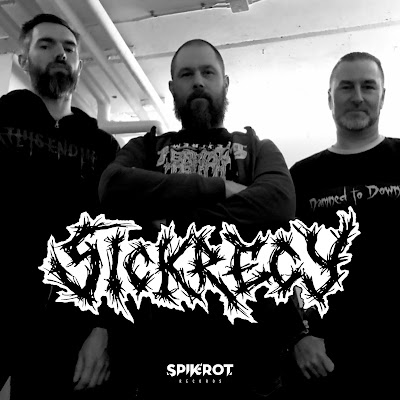 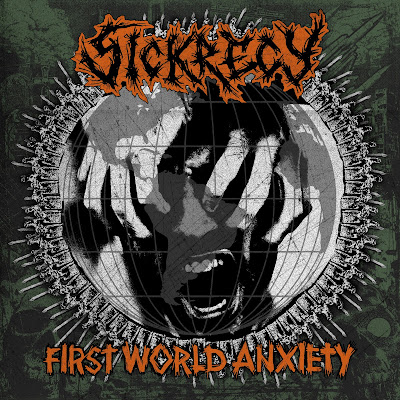 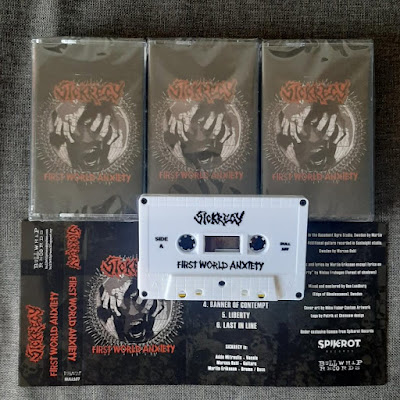 Posted by bullwhiprecs at 1:46 AM No comments: 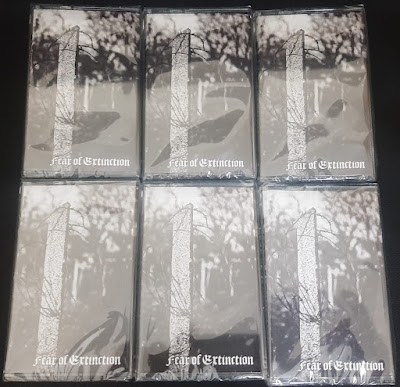 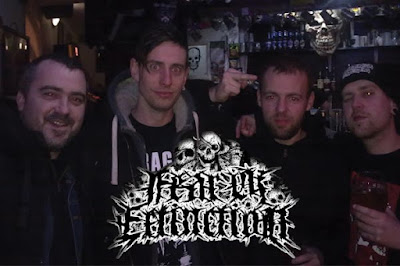 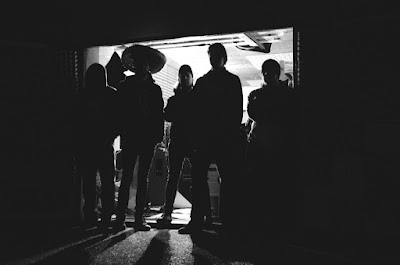 Posted by bullwhiprecs at 12:44 AM No comments: 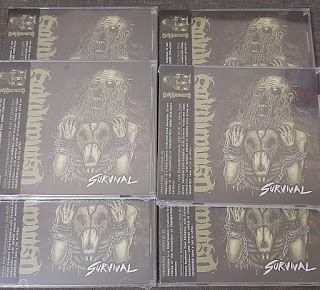 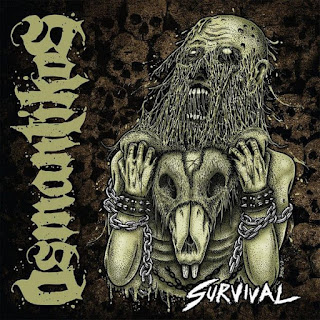 OSMANTIKOS - survival lp review on mrr. http://maximumrocknroll.com/review/survival/ Crusty hardcore from Malaysia, with furious vocals and clean production. Survival features a dozen grandiose compositions that bring to mind TRAGEDY, the HOLY MOUNTAIN, and COP ON FIRE, as tracks ooze toward a more stenchcore sound. Anthemic passages from dual vocals; all-in-all a full sound from this three piece. Side B opens with some surprisingly upbeat riffs amidst slow gloomy hardcore, similar to GUILLOTINE TERROR or MOONSCAPE. A moody intro-as-intermission midway through the LP, then some more Motörcharged rhythms. With several styles of extreme punk going on, OSMANTIKOS have a lot to offer. (Jason Ryan) Osmantikos - survival lp review on https://diyconspiracy.net/ Whilst exploring the international DIY punk scene in my teenage years I discovered this band from Malaysia around the year of 2007. Back then, my first introduction to Osmantikos was their debut CD-r with five songs on it (Burn All The Order!, 2006). At first listening, I was immediately blown away by their galloping d-beats, thrashing riffs, and raw vocals.Osmantikos were clearly influenced by the sound of Tragedy that so many other bands have tried to excel ever since, but honestly I wasn’t really aware of many bands playing that particular style of dark and melodic crust hardcore at the time. Although the Malaysian trio has been around for such a long time, they don’t have such a huge discography as you might expect. Besides a handful of splits and short EPs, Survival is actually their first proper full-length released in 2019. Having that in mind, Survival is the release I’ve been hoping they will eventually get around to doing—fast, intense, and unpretentious crustcore with a clean production to enjoy at best. If you’re still getting shivers after putting on bands like Tragedy, The Holy Mountain, or Cop On Fire, here’s a band from Malaysia that provides this wholesome goodness in a dirty dozen. Hypertension crust is back! taken from https://diyconspiracy.net/osmantikos-survival/ Osmantikos - survival lp review on Razorcake zine Self-described “Hypertension crustcore since 2006,” there’s something wickedly charming about this over-the-top Malaysian trio. A split release between half a dozen international DIY labels, Survival features a full color poster/lyric sheet, skulls and rats and rat skulls all over the place, tons of soundbites, and well-recorded and executed metallic crust. Fans of the genre take note, because these guys rip. Like, this shit is doom-laden. While it’s musically not my bag, I absolutely love and respect the DIY spirit of cooperation and community being shown here. taken from https://razorcake.org/osmantikos-survival-lp/ Malaysian band Osmantikos describe their sound as “hypertension crustcore,” which is a perfect fit for me and my record high blood pressure readings. Osmantikos’ Survival album is a truly international effort, with a host of punk labels releasing the LP: see Czech Republic label Phobia Records, Swedish label Not Enough Records, US label SPHC, Japanese label Too Circle Records, and more. It’s easy to see why everyone got involved, too. Osmantikos’ crustcore is sturdily built, but still welcomingly unvarnished, with pounding tracks powered by whirlwind aggression and plenty of animated music. Osmantikos have released half a dozen recordings, including a split with Canadian raw punk legends Absolut, and Survival is easily the band’s best and burliest release yet. taken from https://yourlastrites.com/2019/08/28/in-crust-we-trust-vol-7/
Posted by bullwhiprecs at 9:30 PM No comments:

OUT NOW!!! BULL 104 : Genöme - young, beautiful & free cassette. Loud and noisy crasher mangel crusty punk from Malmö Sweden. Genöme makes a follow up to their ”The Sound Of Loud Ringing In The Ear – tape” this time with some changes within the band that can be noticed in a good way. As a new bassplayer has taken control of the noise it’s been a more distincts way of bringing out the wall of thundernoise. The satisfying and chaotic combination of the mental drumming, noisy guitar and furious vocals makes this a full on mad and powerfull follow up. This wont dissapoint you crasher noise crusters out there. RM15/4USD plus postage. Listen Genöme: https://genome.bandcamp.com/album/young-beautiful-free Buy Genöme: https://bullwhiprecs.storenvy.com/ 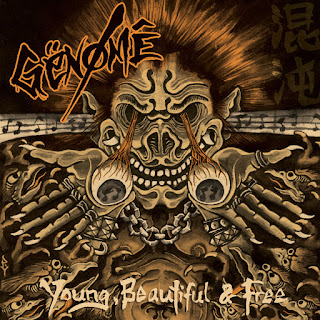 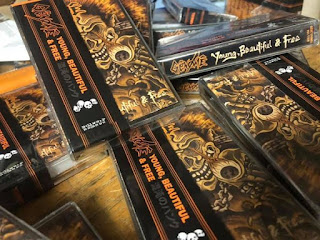 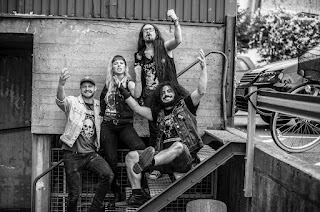 Posted by bullwhiprecs at 2:11 AM No comments: 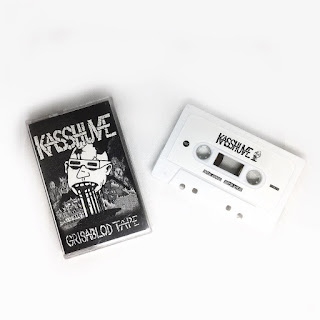 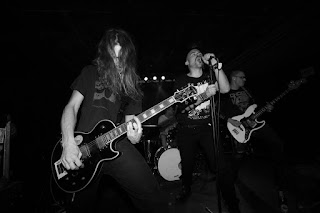 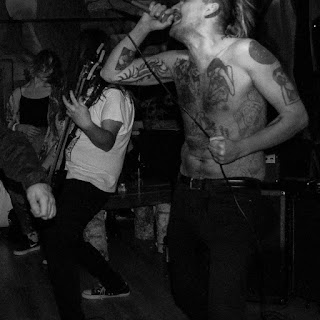 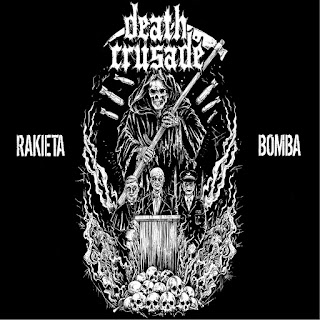 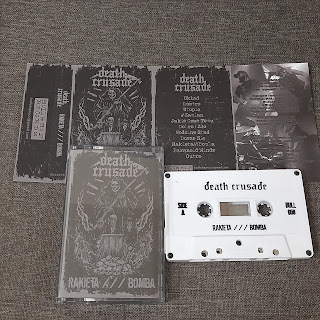 Posted by bullwhiprecs at 6:29 AM No comments: 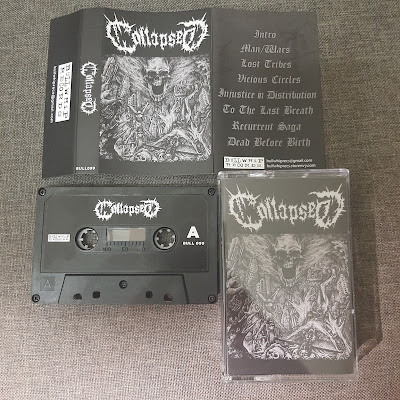 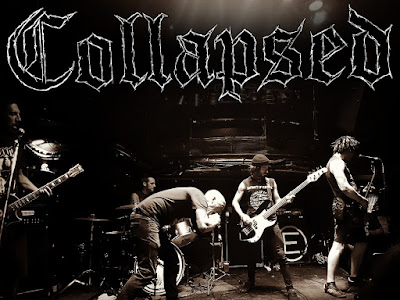 Posted by bullwhiprecs at 7:22 AM No comments: