SHIKARI were a screamo-crust band from Groningen, Netherlands. Formed in 1999. These discography cassette a full collection of their releases except their final release (split 7" with Louise Cyphre).This cassette include robot wars 10', spit 10' with Seein Red, Shikari 7"/CDEP, split with Seein'Red 3" CD, Maximaal Onthaal Compilation CD, split with Phoenix Bodies 7" EP and split Ação Direta7" EP.Shikari disbanded around 2006 and some of band members play in Makiladoras, Grinding Halt, Marat etc.Repress on Bullwhip Records.RM6 with postage (Malaysia) & 4USD (rest of the world). Email us for details.repress 100 copies. 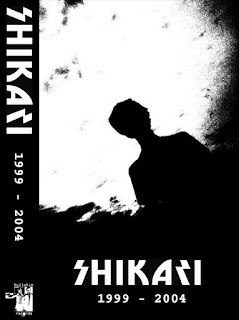 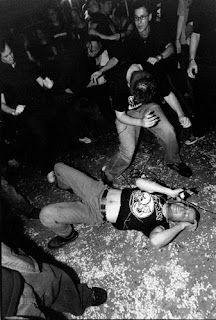 Posted by bullwhiprecs at 2:05 AM