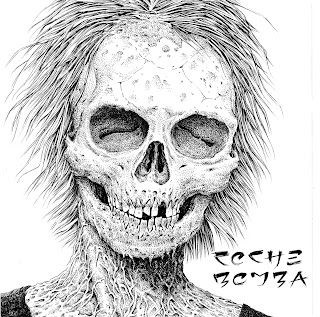 45 songs that include the 12 "Vector de la muerte" plus a mix of all albums and split. Coche Bomba were five jerks from Lyon starting playing fast, violent and distorted Hardcore Punk at the beginning of the Nineties. Not that they were ahead of their time, but their quirky sound, machine-gun drumming, odd tempo changes, wehttp://www.blogger.com/img/blank.gifre not that common by French standards back then... Instead of following trends or imitating bands, Coche Bomba rather developped its personal musical approach. Lyrics, alternatively sung in French, English and Spanish dealt mostly with socio-political issues. Despite being unappreciated and misunderstood in their early years, the band managed to gain recognition in thhttp://www.blogger.com/img/blank.gife European H/C scene from the 90s.
http://grupocochebomba.blogspot.com/
http://soundcloud.com/cochebomba
RM11ppd and 8USD (rest of the world).Trades are welcomed.
Posted by bullwhiprecs at 4:50 PM